Where does the time go!? 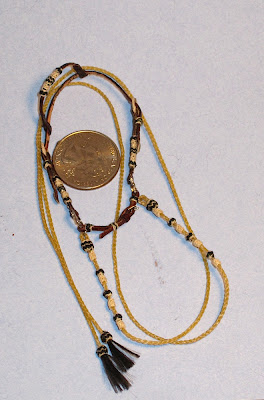 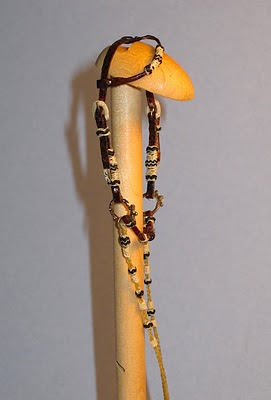 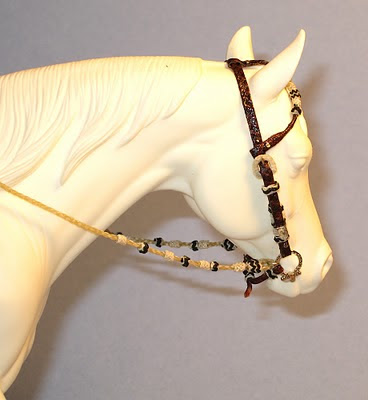 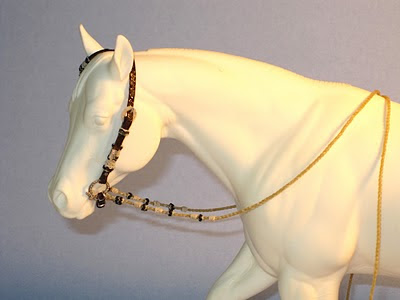 Time seems to fly so fast now! I guess thats what having a munchkin in your life can do. So much time devoted to his sweet soul that just slips by un-noticed. Thankfully, for now, he's been relatively healthy which has been easier on us. He did have a "bug" of some sort last week but nothing really to speak of since. He's also learning new words which makes mommy and daddy realize that we need to watch what we say ;-) - and what we do. He picks up things so fast! I'm hoping soon that he'll be old enough to play more on his own so that I can get some more studio time and more time to clean up the house on a regular basis.
The above Bridle is for Heather Jackson-Lain's show, "Model Horse ANonymous III". Unfortunately I couldn't get my entry together in time so I'm not going this year. I definitely want to go next year and hopefully I'll be in a financial position to do so! You'll need to contact Heather for how and when it'll be sold.
I've wanted to do a braided snaffle bridle for some time, but there isn't a lot of precedence for braided bridles to have snaffles. Most use a fancy curb bit with a silvery overlay and romel (vaquero) reins. I thought that this bridle would be a nice "practice" bridle for my NAN donation which will be a braided headstall with a hand made silver snaffle bit. I also got to "play" with the black unwaxed dental floss that I found. That stuff is pricey! You'd think that something that you bought to use and then throw away would be cheaper! It stays straighter though than the artificial rawhide with the wax removed and I really like the detail it ads to the end of the reins. I can see two toned tassels using it in the future.. ;-) The headstall of the bridle above has basket weave on it and real silver on the tips of the crownpiece. I was forced to skive the leather really thin because the keepers are real woven knots and didn't leave a lot of "clearance" room. I did seal both the top and the underside of the silver tips though so that the leather would kind of "fuse" to it. So far so good!
It's almost Kentucky Derby time again! I've been paying more attention to the derby contenders this year because for a short while, Barbaro's full brother, Lentenor, was in the running. He isn't quite showing the maturity needed for the mad dash that is the Kentucky Derby. Hopefully he can look at some of the later triple crown races or maybe even the breeders cup!
Happy Spring and I hope that you're not flooded or sneezing too much!
Posted by Heather M. at 8:18 AM No comments: 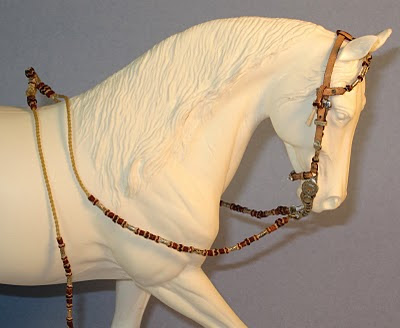 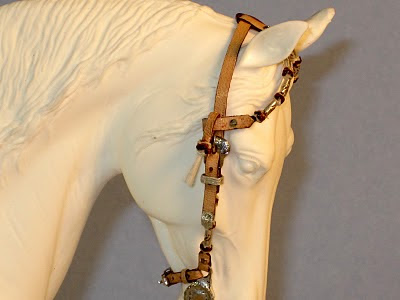 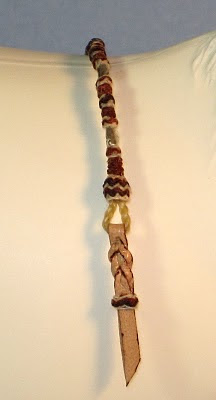 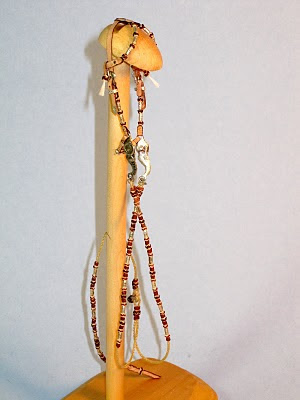 Several to go! I wanted this to be a nice long, artsy, rambl-y post but as always, I'm out of time! These are finished photos of morgen K.'s trade bridle :-)
Posted by Heather M. at 8:14 AM No comments: