Busy Busy and Some More Busy!


My weekends and weeks have been packed.  More Packed than I like and much busier than I really can keep up with.. but such is life.  THE above photos are from the 2012 Arabian Celebration held here in Louisville, KY last weekend.  It was a thrill to see the horses local again!

I am currently wrestling with my first double bridle in a long long time.. it'll be black and it is for a long time customer..

Last week anthony was out of town so I didn't get anything done in the studio at all.... but I finally had a breakthrough at about 8pm tonight so hopefully the rest will come together a bit easier..
Posted by Heather M. at 9:32 PM 2 comments:

Weekend with a Friend 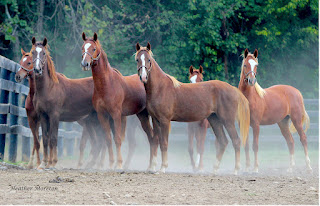 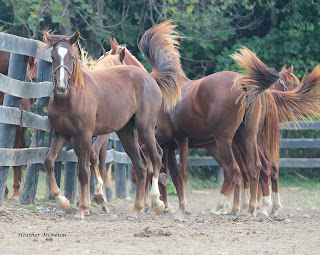 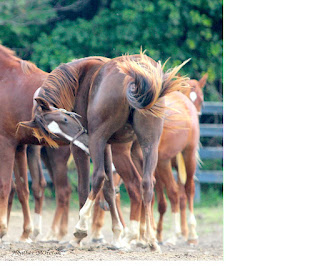 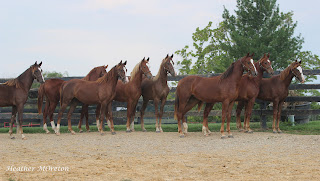 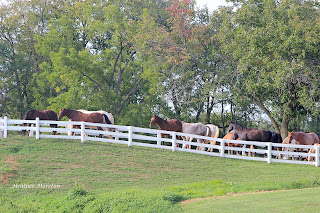 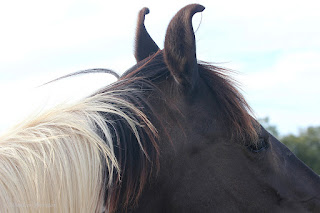 This past weekend I have the Privilege to spend a few days with Morgen Kilbourn.  In case you live under a rock and are unaware of this really talented lady, Morgen is a Sculptor of equine art.  During Breyerfest this past year, Robin Hudson and I decided to try to persuade Morgen to sculpt a saddlebred of some sort.  Luckily for Us, Morgen Entered the American Academy of Equine Art's Juried Art show and won so Morgen had a reason to come to KY and visit.

Morgen and I have always gotten along via email and she was nice enough to trade a Hazel resin for a couple of bridles with braidwork..  Then last year, 2011, Morgen allowed me to hang out with her when I was at Breyerfest by myself.  This was poignant to me because of the Loss of my dad.  Morgen also lost a parent last year so she knew what I was going through.  We were a bit kismet...  MOrgen will always have a special place in my heart.

Anyway, Morgen drove in last thursday and we spent last Friday and Saturday together.  I want to emphasize how rare this is for me.  I am sickly, moody, introverted critter most of the time.  People rarely are invited to my house, let alone invited to stay a couple of days.  MOrgen was the Perfect house guest and I hope that the night poor RJ's in intercom was muted and resulted in screaming and crying won't scar her for life.!

We spent last friday at Premier Stables and then Willowbank Saddlebred Farm.  In the evening we went to the Art Reception for the AAEA in Georgetown where Morgen won a Prize for best sculpture.

Then saturday I treated her to a non-Breyerfest tour of the Ky Horse park. (We also went to an Irish Draught show but there were only about 6 -8 horses and it wasn't much of a show that day)

I think I wore her out as well as myself.  There was a sickly night on my part due to some weird food at the art reception but luckily Anthony Saved the Day and Morgen was nice enough to not be upset  when I had to RUN to the bathroom and then pass out in bed. (caviar apparently doesn't agree with me)

I sent Morgen home with about 20 Gig of saddlebred photos and hopefully some fond memories.  I know that I will hope that Morgen visits a lot more because I had a wonderful time.

Above are a few photos from our adventures. I'm still getting to know my camera so some things didn't turn out as colorful as I would have wanted.. going to have to read the manual I guess..

On the tack front, I have repaired an older bridle owned by Robin Smith that she's shown with for a long time.  I think it's literally lasted almost ten years without breaking and the buckle that only broke due to wear and use.   I've replaced it with some thicker, tougher but still elegant leather so hopefully it will never break again.  I've also just started on another bridle that will be like that one except in black leather instead.

This weekend is the Arabian Celebration at the Ky Fair and Expo center.. and I'm sure I don't have to tell you that I can't WAIT to see that!
Posted by Heather M. at 9:13 PM 2 comments: 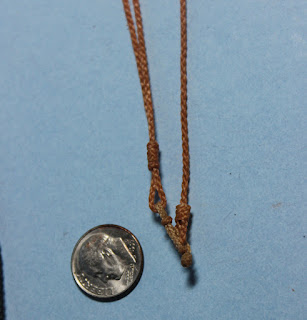 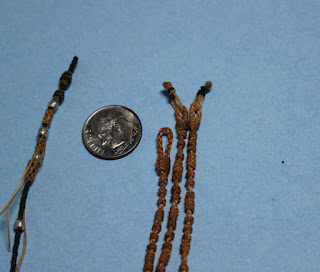 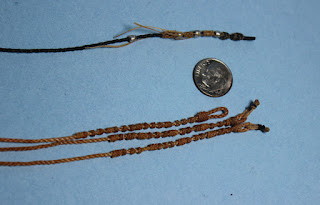 Even though the connectors were made with the same artificial sinew, they turned out lighter because they were so much thinner.  These reins taught me that I could come up with new designs with the thinner braids and I have just The project in mind...

I've been ruminating a lot about my life.  At my age apparently people change their lives.  I understand why now.  So much has happened to me mentally and emotionally.  Lots of leaps and bound forward.  I finally like the direction I'm moving in, although I'm at the beginning of the path...

Anyway, lots happening in the studio but I'm staying absolutely focused on the two orders that I need to complete before I start to indulge my creativity some more... but these will probably be my best rein set and double bridles yet!  Stay tuned!
Posted by Heather M. at 4:58 PM No comments: