A couple of months ago, my computer hard drive completely tanked. The bad news is that all of my email, email address books and all of RJ's pictures are inaccessible for now. The good news is that I now know to back up my hard drive and we bought a One Terrabyte external drive to house everything. I'm hoping that the photos and message stores are not lost, they're just on the horked hard drive. Hopefully I'll be able to slave that hard drive onto another PC and access it at least long enough to move it to the Big external hard drive.

This means a lot of messages were lost (I had messages saved from 2001 - no lie) and a lot of email addresses were lost. IF you read this and I had promised you a donation of some sort please email me again at tackmaker@desertnightcreations.com.

I AM hoping to do a Donation again for the North American Model Horse Nationals this year (if they'll have me)and I will be donating something cool to Model Horses Anonymous live.

And yes, "computers" is what I do for a living and Yes, I feel like a moron for not backing up my drive. Lesson learned :-)

I have been working away in the studio, bit by bit and I will have new pictures up soon. I'm 3/4ths of the way finished with the halter that will be for sale. I also bought a brand new piece of tack for my Miniature Tack Collection from my Dear Friend Anna Tacket. It is a Susan Bensema Young Set and I have taken pictures of it that I will share here :-)

RJ's 3rd Birthday party is next weekend! And he officially turns 3 on December 11. I Can't believe he's already that old. He is also fiercely independant (wonder where he gets that from).. very much the "I can do it myself" kind of little guy. I'm pretty proud of him! 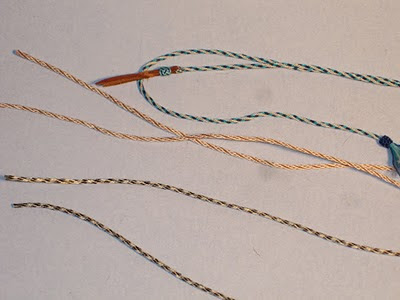 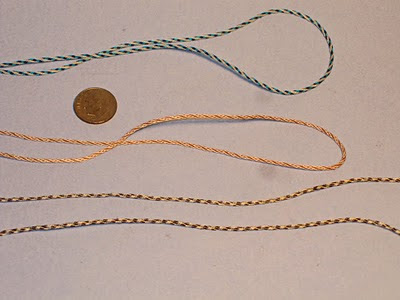 Some quick photos!
The first photo is of an in progress western show halter with braided turks head knots. I decided to do it in a really basic color so that it would match any setup.
THe bridle belongs to Chelsea Nichols in trade for some paintwork.. There will eventually be a breastcollar and saddle to match! I'm lovin that black and turquoise!
The next two photos are of AMAZINGLY fine hand woven ropes by Emma Harrison... they were a gift and are very treasured :0)
Posted by Heather M. at 6:09 PM 1 comment:

All of the "levels" in my blood came back normal. No thyroid issues, no low white blood cell - everything is normal. Except for my cold, I've actually felt a bit better. So maybe it was hormones and hopefully a passing thing? One can hope.. still I'll be talking with the dr for more answers.
Just for everyone's info, I am working on an ISH sized western braided knot show halter that I'll have for sale in the near future. As soon as I can get it finished. I'll also have some in progress photos of a saddle set I'm working on :-)
Thank you so much for everyone's well wishes and stories and encouragement. Means a lot to me that I'm not alone :0)
Posted by Heather M. at 9:19 AM No comments:

I went, this past thursday, to the Dr. They took some blood and I have another appt in two weeks. The "Guess" is anywhere from Anemia, to hormones. All I know is that I'm tired. SO tired.. And no amount of napping or rest fixes it. Yesterday I went for my usual walk and finished in a personal best time. Today I went for a walk and I felt like I wasn't going to make it home. I didn't even do my usual distance. So something is definitely wrong but I don't know what that is. Hopefully though it's something easily fixable with modern medicine :0)
Unfortunately my studio time has been totally Nill. I get in the studio and I do one or two very small things and then I can't focus and I am too tired to do more. Sooo frustrating.. And I'm so forgetful now. I forget moment to moment sometimes what I was doing. I'm sure they're about to shoot me at work.. LOL! And poor anthony.. he deals with aging parents AND me..
Thanks for everyone's kind words! I'll get to the bottom of this and be back in the studio in no time!
Next update will include the most amazing twisted ropes from Ms Emma Harrison herself all of the way from england!! I was so shocked and thrilled when I received them in the mail. THANK YOU EMMA!!
Posted by Heather M. at 8:56 PM 1 comment:

an "Ive been sick" post. and some TB photos that I've taken in honor of BC Saturday 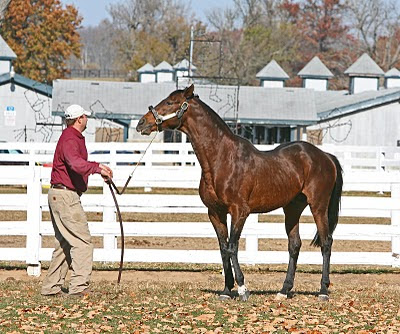 Alysheba at the Kentucky Horse park 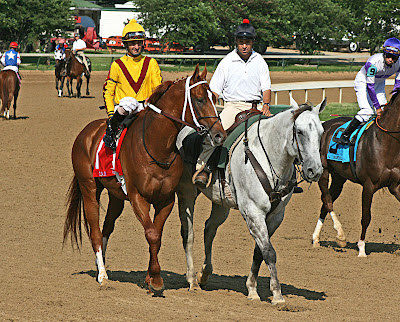 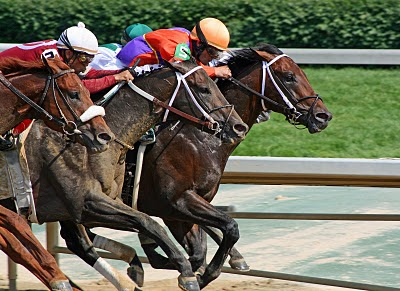 Above is Aleysheba in 2008 when he first returned to the horsepark. RIP old guy..
The reason I've been so absent from the studio and the blog is that I've been "sick". I don't know exactly what is wrong but I've been exhausted. To the point of just sitting in the studio, staring at my desk and unable to concentrate at night. My weekends have been busy but in my downtime all I do is sit or sleep. I'm going to the drs this Thursday to see if I can't get an explanation or at least a plan to have more energy. I've also had.. uhh.. ahem, female issues since February of this year that relate to hormones which is another reason why I've been tired. I've been told it's my age (Not revealing that.. LOL!) and how the body changes as it gets older. bleah.
Anyway, thats why I haven't posted or produced much. The past couple of months have felt like I'm running through thick mud up to my waist... I still try to exercise but thats been a casualty of my lack of energy as well and I'm putting on weight which is super irritating after I worked so hard to lose the baby weight and then some.
There are people that I really need to catch up with and that I've missed and that I'm worried about.
There are studio projects that are now a year over due and I'm so sorry but I swear that I'll do my best to make them worth the wait.
I actually had been feeling better this year than I have in a long time over all but I'm just getting my butt kicked right now.
Onto something a tad more interesting, the Breeders Cup is this weekend! Once again I didn't score tickets but I swear one year, Me and some friends are going to get together, pool our resources, get a box and go to churchill to watch the races in style! Then I'll rent one of those giganta lenses and get some great shots. I like the idea that I'll be in a dress and a hat but handling some serious camera equipment.. LOL!
And I just wanna say, that YES I am a Rachel Alexandra fan but TODAY I am a ZENYATTA FAN! GO QUEEN Z~!
Posted by Heather M. at 10:03 AM 2 comments: