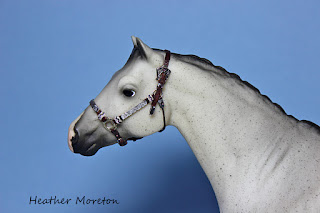 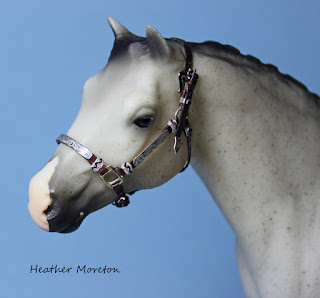 I've not been in the studio as much here lately.  I'm not sleeping well due to muscle pain on my right side.  There has always been a slight disturbance due to pain in my sleep but the last three weeks has been really bad.  I'm trying to walk more and swing my arm so that those muscles are stretched out but of course, there is a period of time where those muscles have to be built up.  I'm also trying to figure out where in my schedule I can go back to yoga..  So I'm tired, and a bit emotinally worn out but I'm sure it'll pass in time.

Above is a customer order for Kay C. for a western show halter.  I'm really pleased with the Silver plates on this one.

I am trying to stay positive today and not be overly emotional about Memorial Day.  My dad was in the military and of course today would be a good day to visit his memorial.  I think I'm going to wait though until later in the week so that there won't be as many folks in the same place.

I hope that you have a nice memorial day and it's sunny where you are :)

In my childhood, teens and twenties, I was an absolute perfectionist.  in my drawings at that time showed a relentless desire to be photo realistic. I also think that I have obsessive compulsive disorder because I would draw the same thing over and over, and transfer it onto a different piece of paper before I would even start working on rendering it with pencil.  I prefered pencil because I had the most control using it.  The irony now is that my old drawings were really really stylized.  A fact that I didn't see and understand until I was in my 30s.

Eventually I took another art class and learned the "Drawing on the Right side of the Brain" method which helped me immensely.  Now I Doodle a lot.  I draw my saddle patterns and tooling, over and over until it's "right" in my mind.  But I have a hard time spending time on real "Fine art" style drawings now because none of my recent drawings live up to my expectations. (and really, I hate NOT making tack because I'm finally good at tack and I'd rather do something that I'm good at)  I really want to start making fine art again but I feel like it's going to take me forever to get to the point where I'll be happy with what I create.

"If I find 10,000 ways something won't work, I haven't failed. I am not discouraged, because every wrong attempt discarded is another step forward".

..is something that I completely agree with.  As you may have read a few months back I made 15+ crownpieces for the black and gold bridle. 15+!  But when I sent the bridle to the new owner, I felt like I was sending her my best work.  It was comforting somehow.  I was completely fine with it and it's just part of my process now.  I understand that a lot of folks don't feel that same way but, thats just how I do things.  It is part of the reason why I'm terribly slow at making tack.  It's part of the reason why I can't really take orders, except on small things.  It is a luxury that I afford myself so that I feel good, in my heart, with what I create.  Especially if it's going to someone else.

It's also the number one piece of advice that I give to everyone else.  Allow yourself the luxury of failure.  In failure, in my opinion, is learning.  Yes, it is annoying when you "make the perfect thing" and then have to redo it but think about everything you learned and then make another one. Yes you CAN make another one although it may feel like you can't.

I also know that materials are precious.  Making that Gold and black bridle was tough because I was using REAL gold wire.  I had to do at least three browbands but each time, I learned a way to make it better.

So whatever project you've been afraid of making, or thing you're afraid of doing, allow yourself the luxury of failure.  Dive headlong into it and just make it happen, best you can. No one has to see your first, second or third effort.  You don't have to "Tell" on yourself to others about the thing you failed at.  Just do it and listen to it and learn from it :)

OH and HAPPY MOTHERS DAY to all of the moms (human kids, fir kids, foster kids, etc..) (Gawd knows that I've messed that up a time or two but I always learn and try to be a better mom from it!) 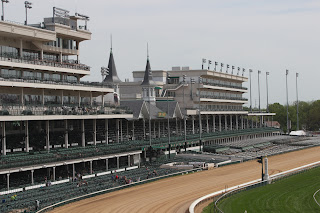 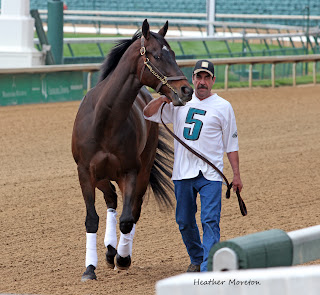 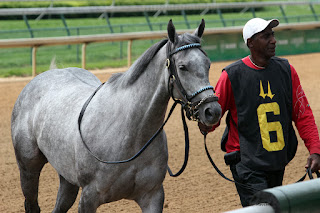 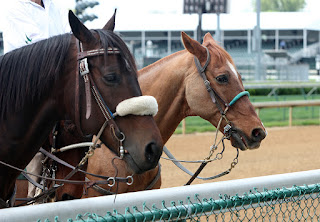 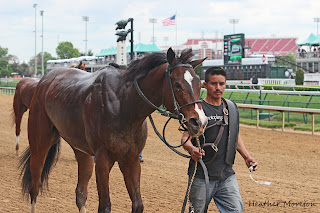 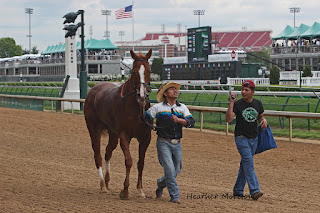 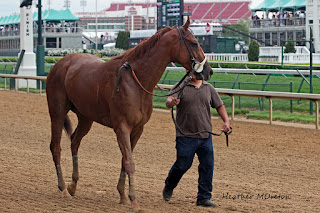 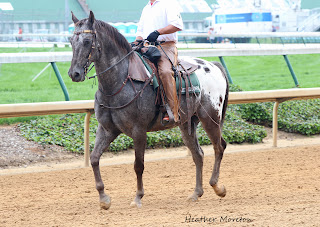 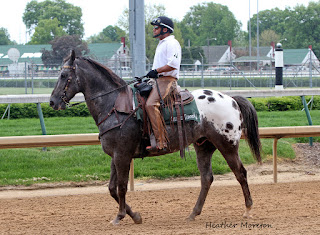 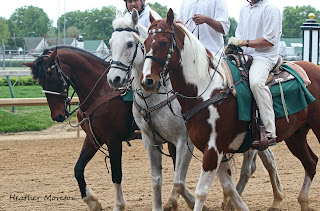 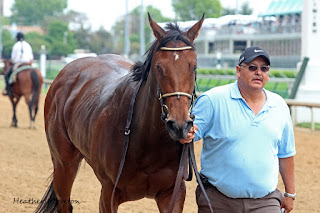 I went to the track this past thursday on now what is called "Locals Thursday" and I had a great time.  Here are a few photos that i took.  I wasn't totally "in the zone" because I was with a co-worker that I didn't want to torture with my obsessive photo taking.  I am defnitely going to go down to Churchill more often this year!


Also, Here are some in progress photos of my western pleasure saddle. 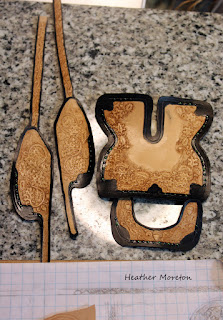 Have a Great weekend!