Today, I decided to Teach my Son how to do knots.  I realized as I looked at his eye hand co-ordination and his lack of ability to make things with his hands, that his school no longer teaches art and crafts.  Most schools don't. Budget cuts I suppose.  He also doesn't like to "color" (I would color for hours at his age).  His brain is like mine and that is a WHOLE LOT Of sitting around for long periods of time focusing on one thing for our brains.  Coloring is a monumental task for him.  I've learned to focus my ever busy brain by making things with my hands, or drawing.  He doesn't have that luxury... yet.

I also find that he spends a lot of time on his Ipad and reading. But we don't do a lot together. I want to change all of this and mentor him in engineering things with his hands.  I think this is a valuable life skill.

I realized as I was teaching him the spanish ring knot of three passes that:

1. I broke up the whole knot into parts and only moved onto another part when I had the first part down.  That seemed to help him.

3. I am teaching him much more than knots. I'm teaching eye hand co-ordination,  focus, dealing with frustration (he was in tears due to frustration but we worked through it) and perserverence.

4. I love spending time with him like that. No Tv. NO music, just talking and learning.

Just now, I asked him to do the first part that we learned today- and he did it in seconds. He was SO PROUD Of himself!  He even asked to learn more tomorrow. :) 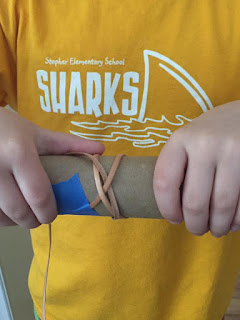 I'm hoping that in the future he'll want to do more knots and maybe I'll learn some new ones on the way too..